Texts To Send A Girl That She CAN'T Ignore 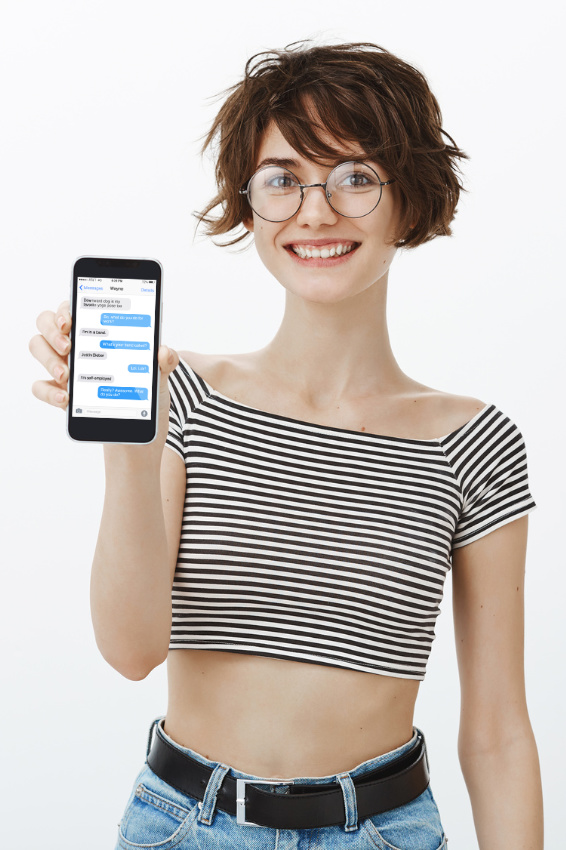 What texts to send a girl?

For this article, I’m going to break down texting into three stages: the open, middle, and close.

But let’s step back a bit. Before we send our first opening text, we need to make sure we nailed a few things in the initial, real-life meeting.

If you’re looking for online dating advice, that’s a different article. This is advice for how to text girls you met in real life already.

Say you approached a pretty girl, it went great, and you asked, “So what’s your number?”

She agrees and gives you her contact (the number), then when you text her your opener, she replies, “Who is this?”

Ouch. An easy fix is to send the first text immediately after meeting her (in real life), with something including your name and where you met. So my first text is usually “Wayne, from the mall.” Then, if she ever forgets who you are, it’s right there in her text history. This saves some embarrassment for her. I send this text approximately five to ten minutes after meeting her.

Now let’s get on to texts to send a girl.

First, texts can be tricky. What if you say something boring or weird? What first texts should you send a girl who’s really hot?

Since you preemptively texted her your name and where you met, you don’t need to say “Hey Angie, it’s Wayne, from the mall.” That is a pretty lame first text, isn’t it? It’s not fun or inquisitive, and it makes you look needy. Why wouldn’t she remember you?

In an ideal world, she would be dying to hear from you, but hot girls have a lot of men texting them. So you need to stand out.

One way is to remember some small detail from your initial interaction. That’s why I like to take notes after meeting a girl I like. That way, when I need texts to send a girl, I can look them up.

She will see the first text, which you sent immediately after meeting her, stating your name and where you met. “Oh, it’s that cool guy from the mall.” The second, opening text tells her something about your life and asks her for a reply.

After all, middle texts are irrelevant if she doesn’t reply to the opener.

Remember these two rules for texting a girl those opening texts:

Maybe you went to the gym and increased your deadlift? Or you saw a car accident? Maybe you were late for work or just finished your new novel. Then make that your first text. If all you did was play video games all day, that’s not so great – but it’s better than “Hey, what’s up? It’s Chris from the bar.”

Recall Something About Her

When you met her, did she tell you she’s in film school? Then ask her

Is she into yoga?

If she replies to your question, then she’s likely to respond to your middle text, and hopefully the closing text.

Texts don’t have to be complicated. Keep it simple, and don’t try to text yourself attractive. If your initial approach went well, she’ll already be interested in talking to and hopefully meeting you again. So don’t screw it up by trying to be witty.

The middle text shouldn’t be longer than a short series of texts that lead to the close.

The middle texts to send a girl look like this:

Here, the ball is in her court to reply. We didn’t ask another question. It’s “open” for her to carry on, and invest. If she does, it might look like this: 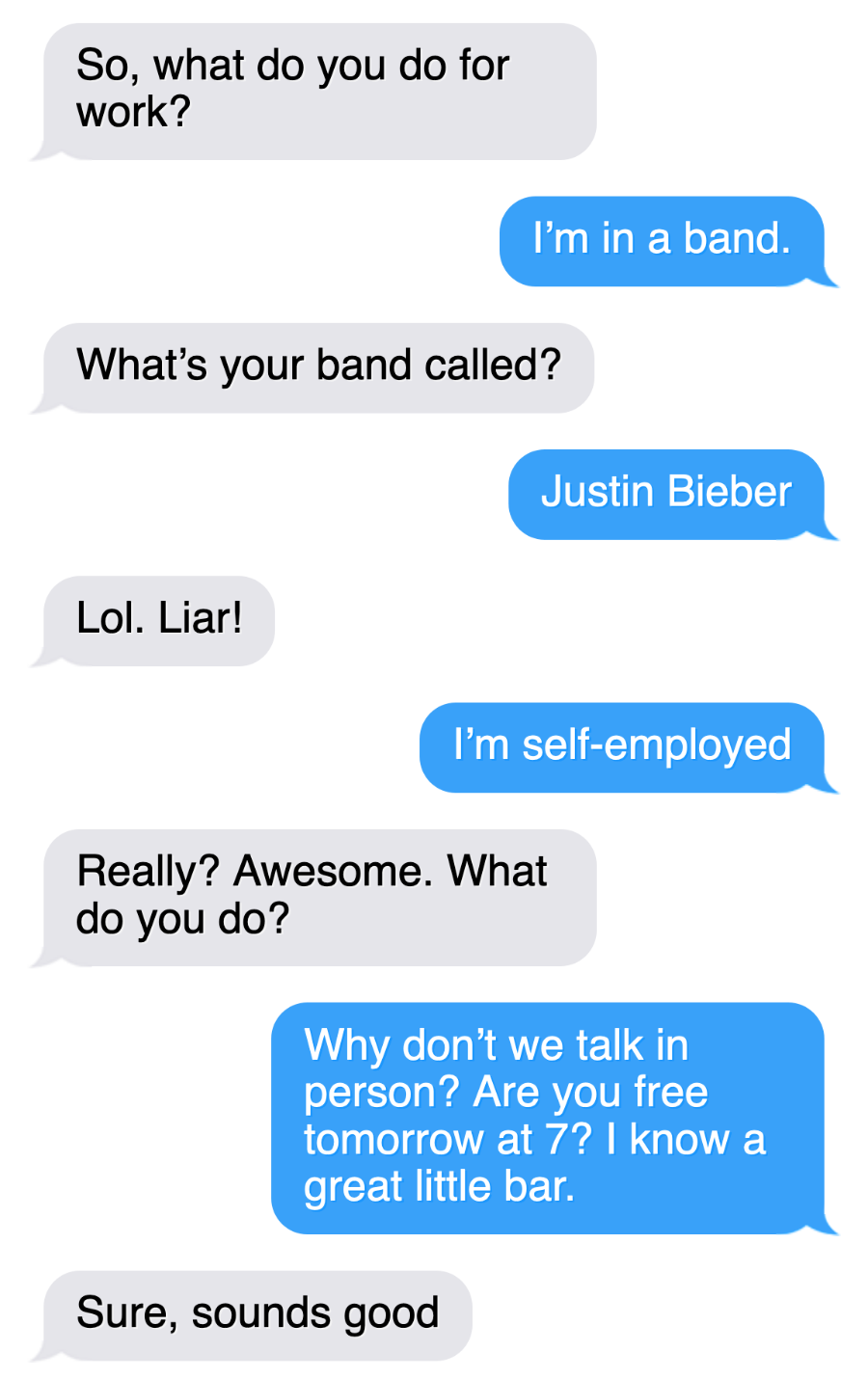 This is very good. She’s investing! Once she starts asking you questions, you can move to the closing text.

In the middle, you can play around with humor, just a little. Since she’s asking me questions, I can be funny. But if she’s not investing, it might go more like this:

(then no reply for the next four hours)

So she’s not replying. What do you do? Read my post on what to do when a girl doesn't text back first. The short and sweet advice there is that it’s usually best to wait. You don’t want to seem needy. But if you want to carry on, try a re-open text from my doesn't text back post.

Here is an example of pinging the girl who hasn’t replied in four yours: 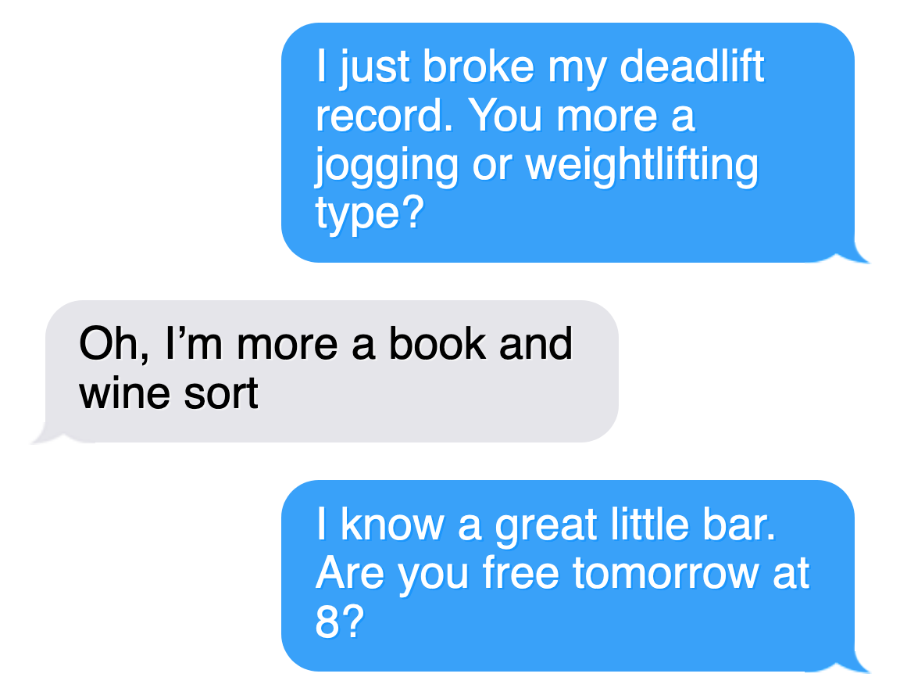 I’m short in my texts here, just as an example. These “get to know you” texts could go on through 5-20 exchanges. But at some point, you need to close.

Closing texts are just that: they close the interaction and set up a date.

Ideally, you should know a place to go. I prefer cafes or bars in the early evening, close to my apartment.

If she replies yes – congratulations, you’re going on a date.

If no, then ask her

Then it’s up to her. If she’s down to meet, she’ll give you a better time. If she says “maybe,” she’s probably not interested, and it’s time for you to meet more women.

The above is a simple guideline for texts to send a girl, from opening to middle to closing.

When you’re better at texting, you’ll be able to be more creative and take more risks. You’ll even be able to salvage girls who are flaky or not that interested. But for most guys, it’s best to play it simple and not try too hard to be witty. 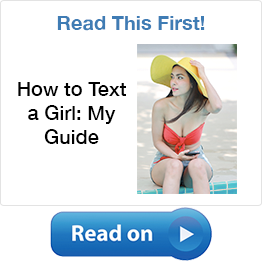 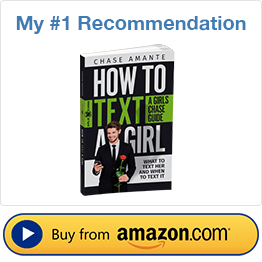 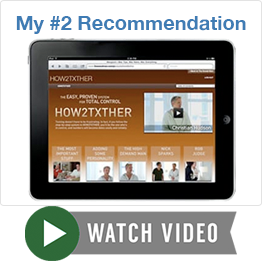